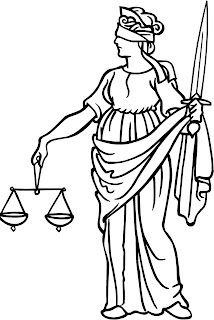 In law school, I had a fabulous criminal law professor. Prof. Ota had a unique talent for explaining the most bizarre concepts of law in plain English. A lot of folks are up in arms over the Department of Justice's lawsuit against Apple and five of the six largest publishing companies in the U.S., so I'm going to try to emulate her style of simplicity.

The elements of a criminal conspiracy consists of:

The Sherman Anti-trust Act of 1890 (15 U.S.C.A Section 1 et seq.) specifically forbids ANY two or more persons or companies from agreeing to a set market price, i.e. price fixing. Self-defense from another competitor is NOT a defense to charge of price fixing.

Here's the problems for the six defendants: Performing #2 or #3 above can be used to show their intent, i.e. #1.

They've boasted quite a bit about how they're going to take down Amazon. They've all but admitted in their press statements that they agreed to set their prices above Amazon's $9.99 price point in order to increase their income. The prices for products of five of the conspirators were raised nearly simultaneously. In these same statements, they've said that even if they're guilty of price fixing, Amazon's market share justifies their illegal acts, plus prices actually fell.

Have many of you out there have been stopped for speeding? Of those who have, how many of you have given an excuse, like you're late for work, etc? How often has the cop who stopped you let you off for whatever excuse you gave him or her?

And guess what, Defendant Publishers? A lot of indies, including me, took advantage of your naivete by undercutting your high prices.

This is my point. Breaking the law is breaking the law. It doesn't matter what justification is given. And in the end, Karma, the Golden Rule, the Threefold Law or whatever you want to call it will bite your ass.

As for the folks who claim the DOJ should be going after Amazon, then please show me exactly what law they broke. Like I've told lots of clients over the years over the years, it's not illegal for someone to be a jerk.
Posted by Suzan Harden at 8:00 AM