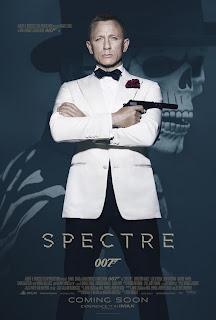 James Bond is back for his twenty-fourth outing. SPECTRE is back. Bond's arch-nemesis, Ernst Stavro Blofeld is back. The long-haired pussy is back. And yet, the whole thing left me rather wanting.

PROS
1) The storyline gives Blofeld a rather personal reason for hating Bond beyond the usual "He ruined my plan for world domination!"

2) As in Skyfall, the new M and Moneypenny don't merely send James on a mission. They take active roles in the plot, as does Q. The four work as a team for once.

3) A cameo from Dame Judi Dench!


CONS
1) The opening sequence during the Los Dias de los Muertos Festival in Mexico City, while it had spectacular stunts, could have better used to set the mood.

2) I actually wanted Moneypenny and Q to ditch Bond and deal with the situation themselves. The parts with Bond dragged the plot or were boring.

3) No offense to Lea Seydoux, but I'd rather have seen Monica Bellucci as the main Bond girl. She and Daniel Craig had much more on-screen chemistry.


Overall. Spectre is let down after Skyfall, but it's still a solid Bond film. I give 7 out of 10 stars.
Posted by Suzan Harden at 1:00 PM