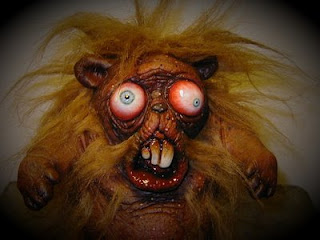 I'm about to have a rant, so if you don't want to read it, click away now.

I've been getting some shit from other writers lately that's pissing me off. It's the "I can't possibly do X" whine, a particularly pernicious meme in the writer community.

I understand that there's a big difference between "I don't wanna do X" versus "I can't possibly do X."

"I can't possibly do X" translated means "I'm too fucking lazy or too fucking scared to try to do X."

And no, I'm not talking about self-publishing, though this rant could apply.

I've had someone say she could make money writing erotica like I do, but she can't write about kinky stuff. Who the hell said she had to?

Other people have mentioned that they love A/B/C genre and wished they could write it. Then write A/B/C genre! "It would take too much time to research."

My personal favorite (which set off the rant)? Someone told me today that I should write Y genre because I would be good at it and then proceeded to give me a plot.

Then fucking learn! Somehow I managed to put that thought a little more P.C., but then the truth came out. She was too lazy to study Z.

Here's the moral of the story:

If you want to do something, you try and fail, then I'll be there with a box of tissue and some chocolate. But if you can't even fucking try?


STAY THE HELL AWAY FROM ME!