Panic at the Keyboard 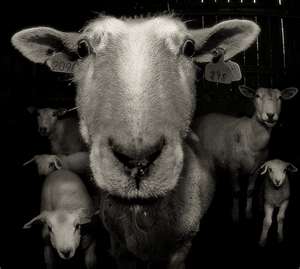 No, not me. But I am seeing it with a lot of writers. The cause of the panic varies.

For some, they aren't making the money they think they should, and I've spoken before about unrealistic expectations. Some writers haven't received the accolades they think they should, but let's face it--the deck was stacked against indies from the beginning. Things are starting to shift (Romance Writers of America are accepting indie nominations for its Rita award), but the pace is glacial. Other writers are facing burn-out trying to keep up an unrealistic writing pace. Putting a book out a month is a common citation. Kris Rusch has an excellent series, and her advice once again goes back to unrealistic expectations and setting a reasonable pace for yourself.

Does that mean I'm going to tell you to stop doing what you're doing?

No, I'm not. You're all adults (presumably). So why do something you absolutely despise? Do you even understand why you despise a thing? How'd you get from living a thing to despising it?

Sometimes, finding your path requires a high level of introspective honesty. That's something our surface-obsessed culture couldn't care less about, and most of us aren't taught. We're taught about what we should be based on everyone else's criteria, but not what is best for our core selves.

This is why a lot of writers are setting unobtainable goals for themselves. They've been told that X is the measure of success, which is what trad publishing has been doing to us for decades.

So if you're unhappy with your writing life, take a step back from your desk. Go for walk, watch the twinkling lights, or close your eyes and focus on your breathing. It doesn't matter what you do, just be. Listen to your inner voice.

She'll never steer you wrong.
Posted by Suzan Harden at 7:00 AM

Labels: Writing Advice, Writing for Yourself