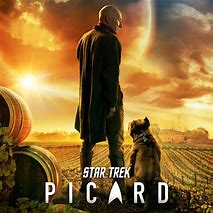 A lot of us are under lockdown orders from our cities or states here in the U.S. A lot of creatives have stepped up to keep us entertained during the coronavirus crisis.

Sir Patrick Stewart is promoting free streaming from CBS All Access from now until April 23rd using the code GIFT.

Amazon is allowing free access to kid's programming as well as some adult fare.

Fellow authors are offering free or hugely discounted books. Here's some of my favorites:

My colleague and friend Libbie Hawker put a bunch her books on sale for $0.99. She writes historical literary fiction, and I highly recommend her Hatshepsut series.

The Marion Zimmer Bradley Literary Trust discounted a ton of their books to $0.99-$2.99 including the volumes of Sword and Sorceress I'm in. If you have been wanting to pick them up, now's the time to do it.

Fellow sword and sorcery author Jonathan Moeller has the first book in his Ghost series, Child of the Ghosts, for $0.99. I love, love, LOVE this series. This was my go-to read while I was recovering from cancer surgery.

If you have a subscription to Kindle Unlimited or you want to try out the 30-day FREE TRIAL (which is a good idea if you're going to be stuck in your home for the next month), I suggested the following cozy witch series:


On top of that, ComiXology is offering a free 60-day trial.

Even better, studios are sending movies that were released in theaters right before things hit the fan straight to streaming services. As I mentioned Monday, the digital version of Birds of Prey was released. And I was super excited when I received an e-mail from Sony saying that Bloodshot was available yesterday as well.

I know things are nerve wracking with the current crisis, especially when it comes to jobs and money. DH and I are in the same boat as all of you. But hopefully, these cheap or free entertainments will brighten your week.
Posted by Suzan Harden at 7:00 AM