The Only Constant Is Change - Part 1 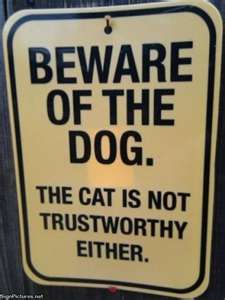 Currently reading - Percy Jackson and the Olympians:  The Lightning Thief

CAVEAT:  This blog post is personal opinion.  I make no guarantees or warranties as to the following information.

(You do know "caveat" means "beware" in Latin, right?  The lamentable state concerning the knowledge of definitions and origins of words by my fellow writers will be the subject of a future post.)

Borders announced another set of lay-offs yesterday.  Publishers Weekly has a story about another well-known independent bookstore closing nearly every day.  Dorchester went from traditional publisher to e-publisher overnight.

The only common thread in the above sentences is that the publishing industry is finally going through the major upheaval based on digital content that plagued our sister entertainment industries: TV, music and motion picture.

Unpublishd fiction writers, like myself, watch the train wreck still in progress and wonder, "Which way do I jump?"

WARNING:  The following information is anecdotal, and in no way constitutes a legitimate scientific study.

I've been talking to published friends about their experiences with the paradigm shift in the industry.  The people I spoke with ran the gamut of the publishing business:  published with one of the big six houses, published with an e-only publisher, small press published, and self-published.  Most of these people gave me information for my own personal use.  Therefore, I do NOT have permission to name names or give out actual figures.

The increases range from single digit percentages to factors of ten with the majority averaging a twenty to two hundred per cent increase PER MONTH.

Yeah, folks, that's the figure that astounded me too.

I've been in corporate America and the legal profession long enough I take things with a huge block of salt.  When I read J. A. Konrath's blog, I swallowed it with enough sodium chloride to season every pretzel, french fry and potato chip in the country.  But what I'm hearing is in line with what Mr. Konrath is reporting.  Digital books are gaining more rapidly on traditional print than publishers, or even some authors and pro-author organizations, want to admit.

This is all well and good for Mr. Konrath and my friends who've had publishing contracts for five years or longer.  They've got a platform and an audience already built and ready to buy their product.  And they know the business of selling their books.

TOMORROW:  So what about a newbie like me?  Do I take my chances with an agent and/or NY publisher or do I strike out on my own?

In the meantime, would anyone out in the interwebs like to share their own experiences?
Posted by Suzan Harden at 9:00 AM