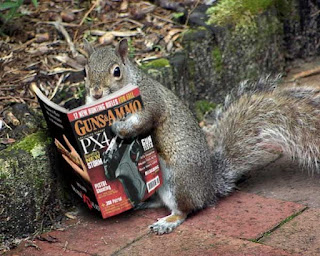 With NaNoWriMo twelve days away, I'm starting to get e-mails about "WRITE THE NEXT GREAT NOVEL! HERE'S FIVE WRITING PROMPTS TO GET YOU STARTED!"

I thought briefly about checking the creative writing group that meets at the local library. The showrunner provides a writing prompt, you write for thirty minutes, then share your work with the group.

Then there's a writer's meet-up in Lima that's run by a local poet.

Poetry isn't really my cuppa, and not what I do. Not that there's anything wrong with that, as Seinfeld would say. But guess what they do? The proverbial writing prompt isn't going to move me forward as a writer.

Ideas aren't my problem. Hell, a pre-made cover advertised by Alter Ego's new cover artist set off an idea for a super sexy dystopian fairytale fantasy on Tuesday. Needless to say, I bought the cover.

And wrote the blurb and two hundred words before I made myself stop and return to A Modicum of Truth.

Honestly, I don't get how a writer can NOT have ideas. I'm like the flipping dog, distracted by every squirrel that runs by. I CAN'T shut off the flow.

What I have to do is shunt it aside. For me, ideas are like a leaky roof dripping onto my brain. I stick a bucket underneath the leak to catch the drip (i.e. scribble down a few notes). Then I need to change out the bucket, which quickly starts filling, while I do my other work. When the next bucket fills, I swap it out for a new bucket so I can concentrate of my current story. At least, for a little while longer.

If you really truly need a writing prompt, unless it's a technique to get your muse unstuck, maybe you should reconsider whether a career in writing is for you.

But if you really, truly need a prompt, here's a real life example:

When I was still a practicing attorney, a male hawk used to sun himself on the sub-roof outside my office window. This was the summer of 2005. That same year, I also took my son to see the Mayan exhibit at the Houston Museum of Natural History. Part of the exhibit included the end of the Mayan calendar in 2012. 2012 was also the year that our solar system crosses the galactic plane during its orbit.

- a hawk
- the Mayan calendar
- Earth crossing the galactic plane

Guess what? I'm already 40K into the first book a new UF series. No, it's not this year's NaNo project--

Sqiurrel!
Posted by Suzan Harden at 7:00 AM