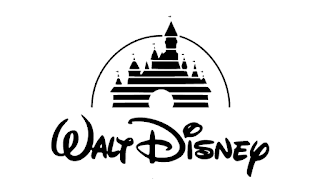 And this time, it is TOTALLY Disney's fault!
The dicks at Disney are refusing to pay the royalties due to famed SFF writer Alan Dean Foster.
You see Foster was hired as a ghost writer by  George Lucas for the original Star Wars novel back in the '70's. Foster then adapted Lucas's unproduced script into the novel Splinter of the Mind's Eye under Foster's own name.
Foster also write many of the movie tie-in novelizations for what was 20th Century Fox, including the Alien franchise. Heck, he's even done move tie-ins for Disney's own movies, like The Black Hole.
Now that Disney bought the rights to Lucasfilm and 20th Century Fox, they think they don't have to honor the old contracts. That's not how the law works, but the execs at Disney are banking on their own legal team to outspend and outlast the pesky little writers like Foster.
And they're still making money of Foster's work.
Disney sucks! And this in one of the many reasons I would think twice before licensing some of my properties, much less submit anything to a large corporations.
Look, I understand wanting success, recognition, and acceptance. But bending over and letting big companies have their way with you does not guarantee those things.
And even if you do everything right, like Foster did, it doesn't mean someone down the road isn't going to screw you over.
The only thing we can do is publicly shame the executives at Disney, like fans did with another company Disney bought--Marvel. Here, there's no question about ownership of characters. Foster did the work according to contract.  Disney cannot have all the rights of the companies they bought without accepting the liabilities.
I know, I know. Sometimes, there are exceptions. However, there's a reason Disney discontinued the publication of books, comics, games, etc. that made up the Star Wars Extended Universe. They wanted to go in a different direction, and they didn't want to pay the creators.
But Disney still publishes Splinter of the Mind's Eye, along with all the other movie tie-ins. In fact, they issued a new version in both mass market paperback and ebook. So if they're still using Foster's material, then they should be honoring his contract.
In addition to protesting, you can donate to the Science Fiction Writers of America's legal fund to support Mr. Foster and any other writers being screwed over by Disney
Posted by Suzan Harden at 7:00 AM